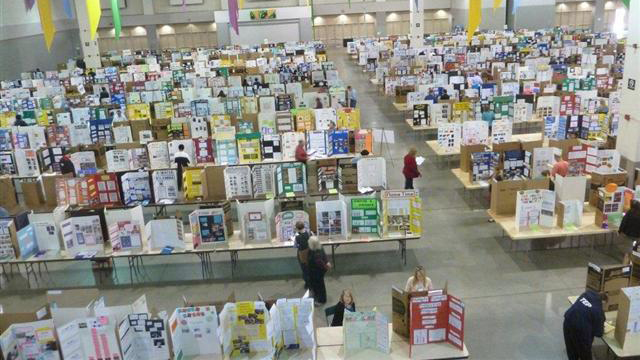 An Oro Valley high school senior will attend a youth science seminar in Sweden later this year, one of three top awards he won Friday at an international science and engineering fair.

BASIS Oro Valley senior Jeremiah Pate is no stranger to winning awards at science fairs. His projects have been honored each year for the past four at the Southern Arizona Regional Science and Engineering Fair.

This was also his fourth year with a project at the Intel International Science and Engineering Fair, held in Los Angeles last week. His research has been in three areas: physics and astronomy, embedded systems and translational medical science.

For his Parkinson’s disease research this year, Pate won first place and best of category in the translational medical science category. He received $8,000 in cash awards plus $1,000 each for his school and the regional science fair organization.

Pate also was one of three students to receive an all-expense paid trip to the Stockholm International Youth Science Seminar, held during the Nobel Prize ceremonies in December. Also, he received a $40,000 scholarship from the University of Arizona.

Another Southern Arizonan honored at the science fair was Joseph Galasso, a homeschooled student who received a third award in the event's earth and environmental sciences category for his water filtration and desalination work. Galasso received scholarship awards from both the UA and Arizona State University.

Student Fair, Rally Mean Big Weekend for Science in Southern Arizona Southern Arizona Science Fair in the Running for $100K Innovation Award 9 Amphi Student Teams Headed to World Odyssey of the Mind
By posting comments, you agree to our
AZPM encourages comments, but comments that contain profanity, unrelated information, threats, libel, defamatory statements, obscenities, pornography or that violate the law are not allowed. Comments that promote commercial products or services are not allowed. Comments in violation of this policy will be removed. Continued posting of comments that violate this policy will result in the commenter being banned from the site.